I have some very exciting news!! After sharing our miscarriage story this week I figured I would share something happy on here before we close the week out & what is happier than starting a very fun and huge fixer-upper project? It’s been a while since we have done something MASSIVE to this house & lately I feel like that’s all we have been doing so I have a lot to catch you up on. But today I wanted to share one of the projects that is going to change the look of our entire house from the outside in….

New french doors!! 3 sets of french doors to be exact. On the front of our house we had a front door [the black one if you remember] & two windows that were all in the front living room. It was the darkest room of our home & probably my least favorite because it was so dark & closed off. I need light & bright. There was also a little partition wall between the front door and the rest of the living room that we are removing as well. We called it the “light blocker” & it truly served no purpose other than being a little wall.

For this project we have hired an amazing builder [who also built our office built-ins] to do this project & we are so grateful we did because a- he’s amazing and we knew he would do a great job. & b- we have quickly learned that doing a project like this on an 1800’s home is no easy task. Bless the builders because today they spent the day doing some not so fun stuff like moving electrical and finding bat poop in the walls [also could be flying squirrel poop we did not do much investigating] you the get the point. We are quite lucky to have the best of the best. 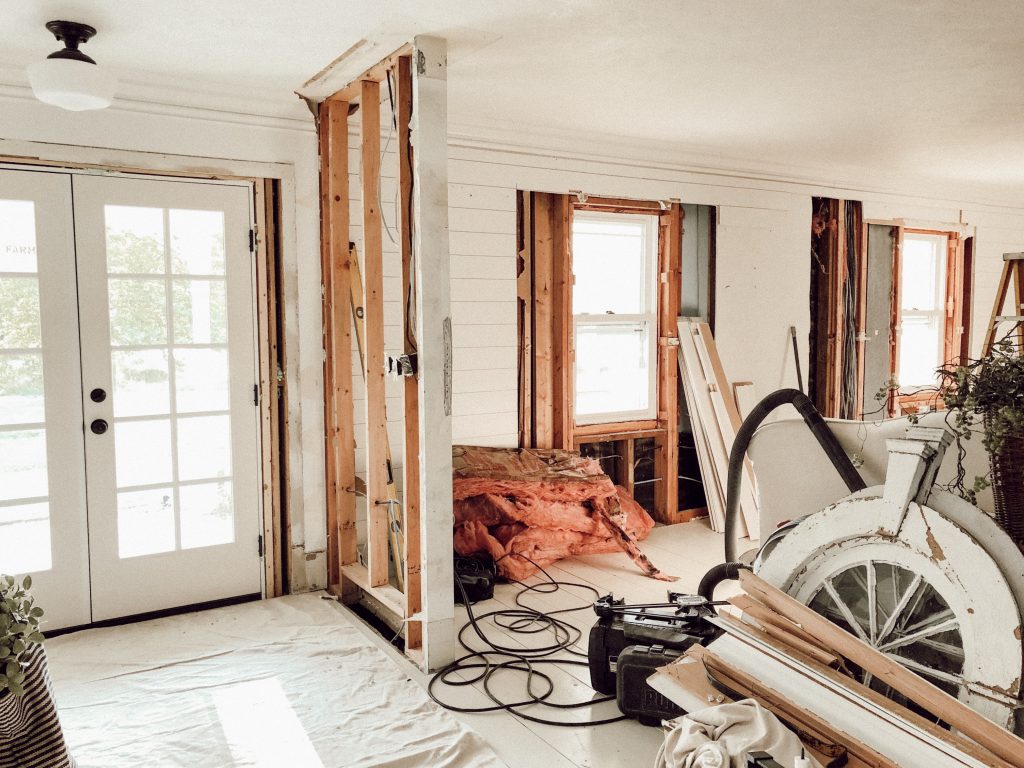 So the house is pretty much a crazy mess right now as they are removing most of the front of the house to put the three doors on. They have already removed the front door and put the french door in as you can see & next up they are removing the rest of that small wall & those windows to put the other two french doors on. Here is what the space looked like before including the small wall for a general idea… 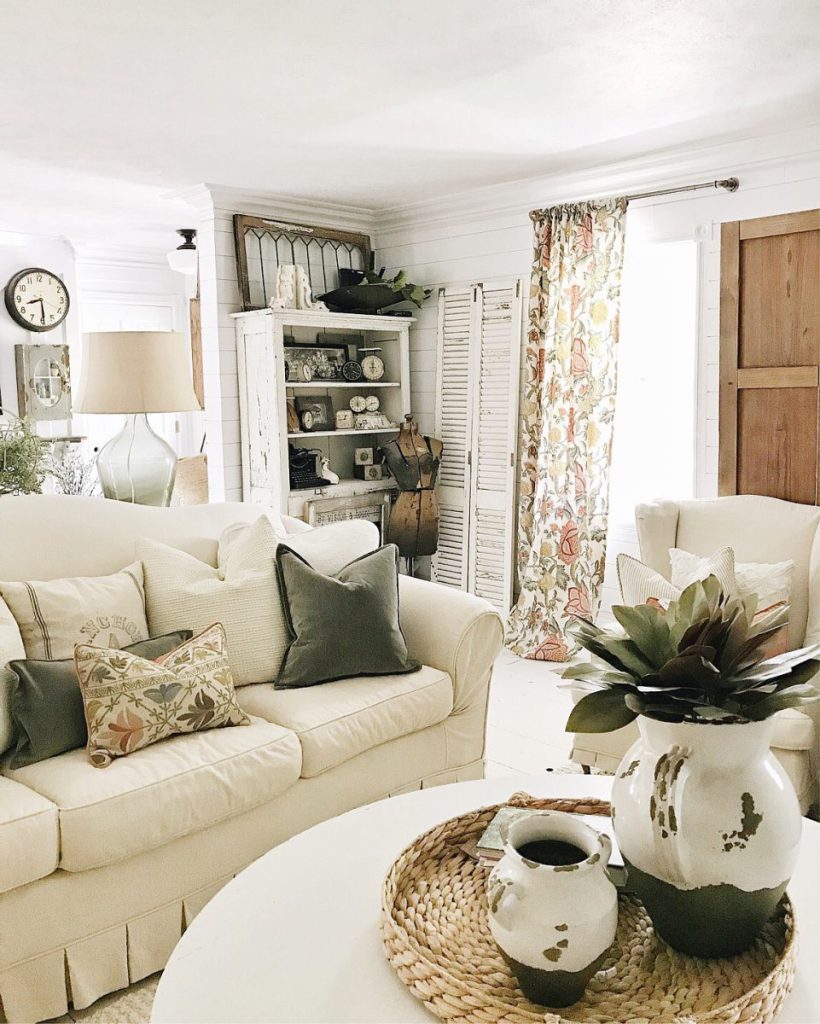 & the front door view looked something like this at one point…

& now we are here today…. soon to be prettier, but this is so exciting I don’t even mind the mess! Give me all the light!!

I have DREAMED about this large project since we have moved in. I knew from the day we bought the house that I wanted three front doors on the front of the house as I have loved this look since seeing it on some of my favorite southern homes when we lived in North Carolina. I feel like we are bringing the south up to the midwest by doing this & that makes my heart happy. I will be back later with more details, updates, & actual before and afters of this space asap, but I couldn’t wait to announce this to you guys because I know how much you love watching these big projects come to life! Thank you guys SO MUCH for stopping by the blog today & every single day to see what we are up to.. it means the world!xx